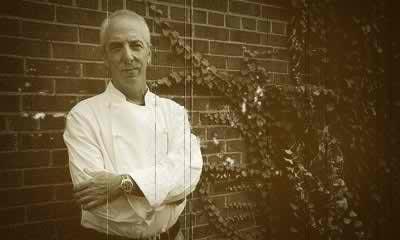 More than 30 years ago, Cleveland Magazine credited chef and restaurateur Zack Bruell with introducing the area to an emerging west-coast trend of bistro dining and fusion cuisine. Bruell brought the concept from his work with famed chef Michael McCarty of the landmark eatery, Michael’s Santa Monica—a restaurant recognized for influencing dining attitudes throughout North America with its California nouvelle cuisine. Bruell imported the new style to Cleveland, where he opened Z Contemporary Cuisine in Shaker Heights in the early 1980s. Although he eventually sold Z, Bruell’s fans did not forget him. He got back into the game in 2004 with the opening of Parallax in Cleveland’s Tremont neighborhood. In only eight years, Bruell opened four more fine dining restaurants: Table 45 at the InterContinental Cleveland, L’Albatros, Chinato and Cowell & Hubbard. In 2013, Bruell also opened DYNOMITE—his first fast casual concept.

Today, Bruell is the only restaurateur in Cleveland to have nine successful establishments within the city limits, plus a restaurant-style catering and events company, Zack Bruell Events. In January 2014, Bruell opened his own reinvention of the traditional cafeteria concept—Kafeteria—on the third floor of 200 Public Square in Downtown Cleveland. Kafeteria uses a food station concept to provide restaurant-quality, house-made specialties.

Zack Bruell Events is a custom restaurant-style catering service geared toward providing delicious, signature Zack Bruell dishes at off-site events. The custom catering service offers a range of culinary options, from hors d’oeuvres to multi-course sit-down dinners, depending on the style and setting of the event. Patrons can chose from a selection of favorite Bruell restaurant dishes to feature—or work with chefs to create a specially-tailored menu that is unique to their particular event.